About the Let’s Dub Team

Back in January 2013, Peter Grant, a Youtuber and graphic designer, put out a casting call to add voices to video footage of a game that he felt could benefit from a fully-acted voice track. The video was a YouTube success, and prompted the creation of more episodes. Peter brought in more actors, video editors, and other volunteers that slowly grew what started as a one-off video into multiple series, adding vocal tracks and even additional visual effects to a variety of media. The Let’s Dub Project has made waves throughout the amateur and professional online voice acting community with a reputation for creating high quality videos with top-notch voice acting, and finishing what it starts. We even caught Capcom’s eye with our Ace Attorney dub!

It goes a little something like this: Take a piece of media, be it a comic, video game or similar, add in voice work and narration, mix it up a little with in-character ad-libbing, and finish it off with meticulous sound and video editing. This results in something that adds the spontaneity and joy of Let’s Plays to the fandubbing process (and results in something we think is pretty special). 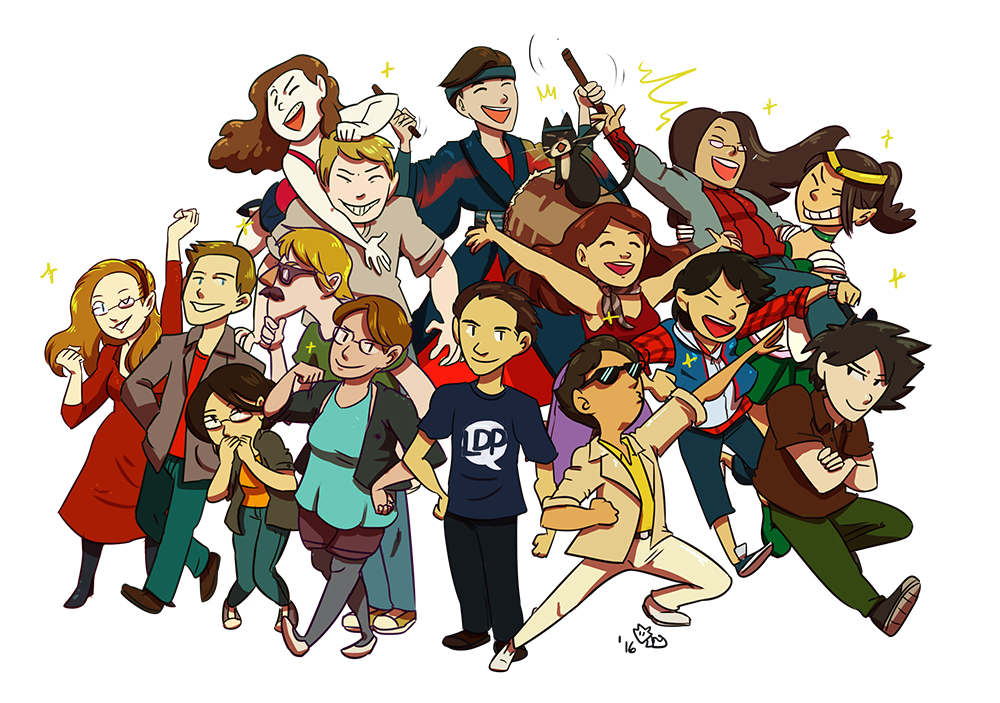